A Sneak Peek at Courageous

Courageous, Book 3 in my Valiant Hearts Series, will release July 5th! I thought it might be fun to give you a visual sneak peek at what's coming your way. 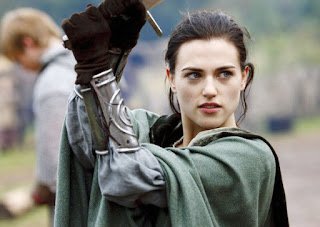 This is actress Katie McGrath from the BBC's show Merlin. She's who I've been picturing for Rosalind, both in book 2 when she serves as Gwendolyn's lady's maid, and now in book 3 as she travels to the Holy Land on crusade in search of redemption. Some readers were very concerned about her at the end of book 2. She can't forgive herself for a mistake she made and feels she no longer deserves marriage or family. Rest assured, I as the author did not share her harsh judgement of herself. In this book she will discover God's forgiveness, grace, and receive a fresh start on life. 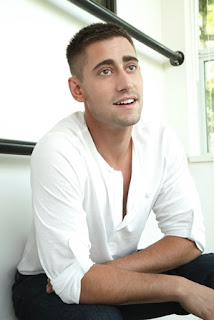 And here's actor Michael Socha from Once Upon a Time--my pick for Randel. In book 2 Gwendolyn kept thinking of him as an awkward teen, until she realized he had grown up quite nicely. I fell in love with Randel, and decided he needed to be the hero of book 3. To me he represents those boys who are awkward in high school, but grow up to be the best husbands. Randel wants to stay in the Holy Land to become a celibate Templar knight in the hopes of pleasing his parents, who planned for him to be a priest, while still fulfilling his own dream of being a knight. We'll see if God might have other plans for him. 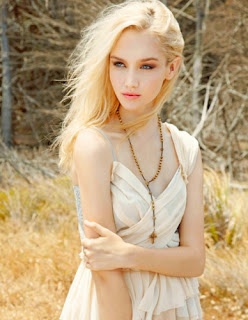 Another important character in Courageous is thirteen-year-old Sapphira. I had a hard time finding a model to capture her fairy-like appearance, but this one comes pretty close. Of course she would never have shown her shoulders (or even her elbows) in the middle ages. Don't let her ethereal appearance fool you, though. Sapphira is as strong as they come, at least on the inside. In true Joan of Arc fashion, her vision has prompted their entire crusade, and she comes in tow with her own troop of children. Although she's not a natural born fighter, Sapphira does everything she undertakes with all her might. I love the way Sapphira balances some of Rosalind and Randel's difficult life experiences with such purity, innocence, and idealism. 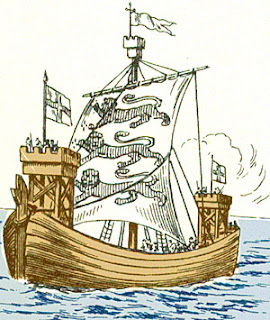 One of the most interesting things I learned while researching this book was about medieval ships. I had no idea they had such huge sailing vessels at that time--big enough to take entire armies on crusade. And I was fascinated by the defensive "castle" structures featured in this picture on the front and back of the ships, like floating forts. 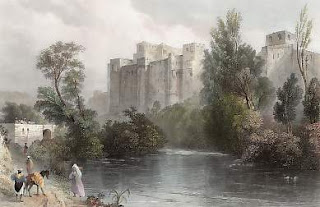 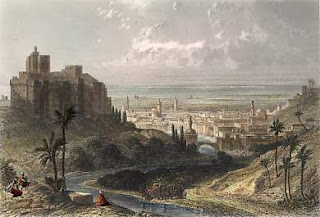 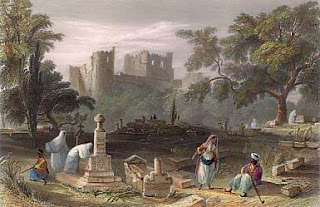 Finally, here are some pictures of the primary setting for the book, the area of medieval Tripoli. It's not the desert you might imagine, but rather a beautiful mountainous area along the Mediterranean. Today, this city is found in Northern Lebanon, but during the early 1200s, it was its own "Crusader State" within the Holy Roman Empire. Rosalind, Randel, Sapphira, and the rest of the cast are about to discover a new and exotic world as they undertake the adventure of a lifetime!

I hope this whets your appetite for Courageous, coming next week. And you can read a sneak peek here on the Bethany House website. Now's the perfect time to pre-order. So what are you waiting for?


Posted by Dina Sleiman at 6:30 AM No comments: