News from the Author

My most exciting news is that this week I got to see my book featured in the lovely Baker Publishing Catalog. This is what book store owners will look at when they're deciding whether or not to purchase my book. I loved the way they promoted it. Zoom in and notice the mention of Katniss Everdeen and Tris Prior. I know I would want to stock my shelves with this book! 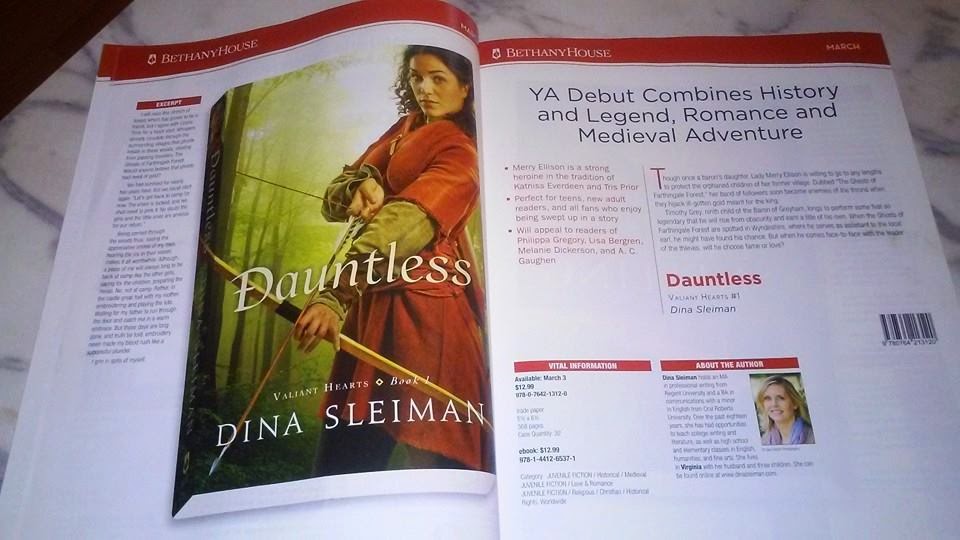 In other news, I just started a fun new board on Pinterest for Christian Medieval Novels. You might enjoy checking that out for a list of my favorite books in this genre. http://www.pinterest.com/dinasleiman/christian-medieval-novels/

The release of Dauntless is still about six months away, but for those of you who like to plan ahead...I thought I'd share the best pre-order deals.


Have a great week! And take a moment to share some of your favorite medieval novel in the comments.
Posted by Dina Sleiman at 9:22 AM 2 comments:

Email ThisBlogThis!Share to TwitterShare to FacebookShare to Pinterest
Labels: Medievals

The Heroines of Reality TV

Lately I've mentioned both The Quest and The American Ninja Warrior as fun reality shows featuring strong real-life heroines. I remain a staunch Kacy Catanzaro fan despite the fact that her tiny 5' height kept her from being able to reach the wall in the spider jump in the national finals of Ninja Warrior. I say she was gypped, and I hope they will reconsider adjusting the course to give shorter competitors a fair shot in the future.

But in happier news, a feisty young woman did beat out a whole bunch of big strong men to take home the title of "The One True Hero" on The Quest. Tiny Lina Carollo managed to hold her own during the physical challenges on the show, but it was her fighting spirit, intelligence, and attention to detail that won her the opportunity to face and defeat the evil Verlox. The show proved fun, if a little bit cheesy. I'm certainly glad I watched it. Check out Lina in her initial interview, and also sneak a peek at some of the huge guys she beat for the title.

Posted by Dina Sleiman at 7:00 AM No comments:

While working on Dauntless last year, I steeped myself in the world of YA fiction. Although the heroines are much younger than me, much about these books resonates in a universal sort of way. On the secular side, they tend to be clean, action-packed, and not afraid to ask the hard questions about life. On the Christian side, they are actually edgier and more real than many of their adult counterparts. Teens won't tolerate anything fake or cheesy, and since I won't either, YA fiction is a great fit for me.

Here's a quick overview of the books I read during that time to help me understand the YA fiction market. In future posts I will share some of the books I've read more recently. 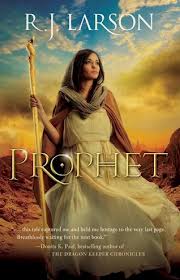 In the Christian world Melanie Dickerson, Lisa Bergren, and Anne Elisabeth Stengl are some of the big stars. I've been enjoying Melanie's great fairy tale retellings for years, and they certainly helped provide inspiration for my series. I read Lisa Bergren's Glamorous Illusions enjoyed it, but didn't really connect with her River of Time series, although many of my adult friends loved it. As for Anne Elizabeth Stengl, I had a hard time getting into Heartless, but her vivid imagination and beautiful voice kept me reading. And I'm so glad I did. I was completely impressed by the gorgeous allegory in this story.

Perhaps my biggest surprise was to learn that a book I stumbled on last year and looooved, Prophet by R. J. Larsen, is considered YA I gobbled up this book in just a few days and enjoyed every word. I was mesmerized by her strong, courageous, spiritual heroine. I've been looking for an excuse to buy books two and three, and never even realized they were YA until my agent mentioned it to me. These books are called speculative, but I would describe them more as fantasy set in the Biblical era. Whatever they are, they're awesome, and I highly recommend them. 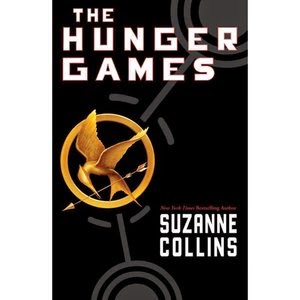 In secular fiction, I found I have a real penchant for YA dystopian fiction. Of course I started with The Hunger Games series. Read them straight through. I could easily do a whole post about how they inspired me to find my inner strength and stand against injustice. I have to admit, though, that I wasn't crazy about the existential ending to the whole series. It was kind of a downer. Although the ending was realistic, I'm sure I wasn't the only one who wanted something more triumphant. And I read Matched, which was pretty interesting as well.

I also gave Twilight a try, something I probably wouldn't have done if it wasn't for research purposes. This book did have a special sort of magic. I couldn't put it down. And yes, it's romantic on an epic scale. While the vampire element seemed completely fantasy-like and didn't bother me, I cannot in good conscience recommend it, especially not for teens. I felt the message of the book was that love conquers all, even if your boyfriend is inherently evil. Therefore, I felt girls could use this as a justification to get involved with destructive individuals like abusers and addicts. In fact, Edward's craving for Bella's blood is flat-out described as an addiction. There's a very real possibility he might kill her. The impression is given that playing with fire is somehow romantic. As a woman who has had a good bit of experience with both the pros and cons of romance, let me offer my opinion, it's not! While I don't think the author had bad intentions, I also do not think she fully thought through her responsibility to her young readers.

So those were the books that helped me grasp the feel of the YA fiction world. Feel free to share some of your own favorite YA novels.
Posted by Dina Sleiman at 8:55 AM 3 comments: